Emotional Sabotage - How Your Thoughts Control Your Health 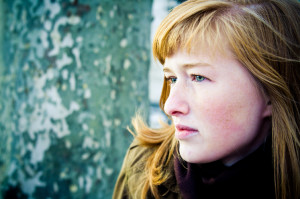 your thought life, would you do it?

This is not a theoretical question. It’s one based on scientific knowledge and practical experience.

The placebo effect is well known among doctors and patients alike. A placebo is

treatment. Except it often does.

This isn’t new information. But a brand new Harvard study has now quantified the

In the study, patients received six envelopes with a pill inside. Two were marked

placebo, two were marked Maxalt (a drug for migraine treatment), and two were

marked placebo or Maxalt. However, one pill in each set of labeled envelopes

was actually a placebo and the other Maxalt.

Here’s the kicker. Regardless of which pill was actually in the envelope, the

words on the envelope opened affected the patient’s reduction in pain. Placebo

and Maxalt marked as placebo offered a 25% to 35% decrease in pain. Even

Most interesting, envelopes marked “placebo or Maxalt” had the same 40% pain

reduction effect as properly labeled Maxalt, regardless of whether the pill was

placebo works better than no treatment at all. Yet the evidence from numerous

and speed of recovery up to 80% of the time.

The placebo effect shows how a positive attitude affects your ability to recover.

But can a negative attitude slow or even prevent recovery?

side effects is known to cause these medication side effects. Patients given

hair. Patients misdiagnosed with terminal illnesses have died, only to discover

during autopsy they never had the disease.

Tremendous negative effects. All through the power of suggestion.

How to Influence Your Recovery

Yes, there are physical and dietary causes of pain and disease. But your mental

state is a critical factor in achieving and maintaining good health.

First, understand and believe that recovery is possible. Never give up. Never

alternative for recovery from any condition. Not to mention the scientific literature

assist. Educate yourself on the options available to improve your health. Reading

this shows you’re already on the right path. If you need further help, ask.

Finally, consider what negative emotional factors may be contributing to your

pain or disease. One fascinating book I’ve found helpful as a resource in

determining what specific negative thought patterns are likely behind various

disease patterns and how to correct them is Louise L. Hay’s, “Heal Your Body A-

Z.” I highly recommend it.

Knox R. Half of a Drug’s Power Comes From Thinking It Will Work. NPR. Jan 10.

Bingel U., et al. The effect of treatment expectation on drug efficacy: imaging the

analgesic benefit of the

Dr. Mark V. Wiley is unique. As a doctor of both Oriental and Alternative medicine, best selling author, martial art master and international seminar instructor… no one does for wellness what he does!

We are sorry, but at this time we cannot place your order due to import restrictions in place in your country stemming from the Covid-19 pandemic.

Your card has not been charged and no order has been placed at this time. However, we have added your name and email address to a wait list and will notify you as soon as the import restrictions in your country have been lifted. You will receive an email with a link back to this offer.

Thank you again for your interest in our product and we look forward to serving you soon!

We are sorry, this product is not available to be sold in the country you are currently located.

Please check out some of our other popular products in our store at losethebackpain.com.